Greetings all my relations, on this frosty day in the UK.

This Winter has been a bit late in coming this year. Inspite of the high winds, rain storms, a day of snow in November and the Boxing day floods, the temperatures have been way above average.

The last couple of weeks though the temperature has started dropping and we have had ground frost and ice for about a week.  This late Autumn/winter, early Spring, has severely messed with the cycles of nature, here in the UK it has been reported in the last few weeks that hedgehogs have been born, which is way, way early.  A deep freeze now will kill them off, along with any other critters early births and the early bloomers in the plant world, which directly affects the early awakened insects and so it spirals on.

This is how it is, when you change something in the cycle, it affects the whole.

My garden is still  awash with colour, so today, though very cold we had sunshine and no wind at all, I decided to check on the garden, clear some rubbish up that had blown in and prune my vine etc.  To find that My Raspberry and Strawbery plants have produced fruit!

I remember this happening last year too, though this year we havent had so much of a die off and early resurgance in the plants, in fact the plant in the picture at the top of the page (Fuschia) has not died off at all this year yet and is still producing flowers.

Most of the plants in my hanging baskets are still in flower, also more concerning are the Crocuses which are usually the first flower of spring, have shot up there leaves, along with the Daffodils that dont generally come up until March/April time, shortly after the crocuses appear. 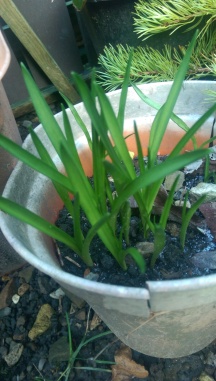 I usually start potting up seeds in proporgators around February time, so that they are big enough to be transferred into the arden after the last frosts.  However, this last few years I have started a couple of weeks earlier and this year I think that I really should have started in early December, as the seasons are almost 3months out of synch with what we know as the four seasons to date.

I have two plants that are growing in pots, I am not sure what they are yet, though I suspect they may be vegetables, however, they should not be there just yet! 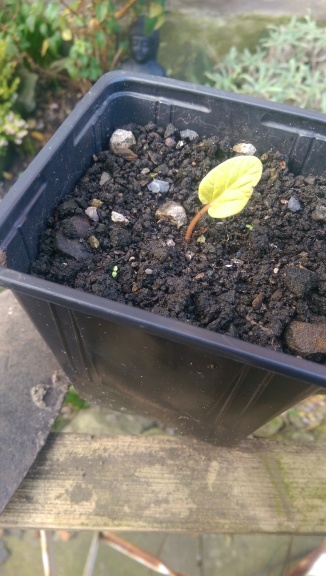 You may be thinking, ‘why is she rambling on again about the weather changes’?  But ask that of the farmer whos crops are not growing or to the homesteader whos life depends on his home grown produce.

What would you do if all the supermarkets closed tommorrow? Do your children know how, when and what to plant?

We should all stop and take a moment to survey our surroundings, look for the signs from nature, become aware of the subtle changes.  Not in a ‘Oh look, theres a pretty flower blooming through all that ice, how lovely’ way, but from a place of inquiry, yes admire its beauty, its tenacity to bloom, but also be aware that something has changed in its enviroment to warrant it to open its petals in anticipation of the pollinators to spread its seed.

Become aware of any subtle changes within yourself, women may find this easier to do as we have natural cycles that change with the moon but men are just as sensitive behind the programmed Machoness.  What do these changes mean to you?, to the eco system? to future generations? and most importantly, what do you need to do to stay within the natural cycle of nature?

We are in transition still and to some this will feel like shaky ground.  Ride the wave, remain balanced, so that your personal transition will smooth out as the seasons settle into their new positions too.

Our species in some ways is very adaptable, we soon learn how to use a computer or mobile phone because it benefits us in some way but on an individual level most fear change and will ignore the signs until they can not deny them any longer.  By changing our viewpoint we can make the transitions much quicker and smoother. Remain open minded, open hearted and open to possibilities. 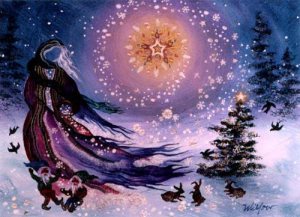 Like the flowers and fruits that have an inate inteligence, we must become aware, adapt and grow if we are to flourish in the new world that is being birthed under our feet, right now.